No matter what kind of technical writing you do, it's essential to have a handy cheat-sheet of capitalization rules. That way, if you need to get something finished for a client, you don't need to shuffle through a reference book or frantically search the web for answers. Bookmark these rules so you can keep them at your fingertips.

Just like any other type of writing, capitalize proper nouns in technical documents. However, it can be challenging to figure out what is a proper noun and what is just another word. Keep these tips in mind.

Capitalize all named buildings, as well as all streets, bridges, tunnels, railroads, and other manmade structures. Also capitalize the methods of transport if you are using the official name (capitalize "Ford Focus" but not "car"). If a place, building, or room is not named, it should not be capitalized.

People and Sometimes Their Inventions

Always capitalize the names of people, just like you would in any document. However, as a tech writer, you may also encounter inventions or discoveries named after people. In that case, the person's name is capitalized, but the word for the discovery or invention is not: Think "Bunsen burner," "Haley's comet," "Alzheimer's disease," and "Petri dish." Only capitalize theories and scientific laws that are named after someone.

Similarly, the temperature scales, such as Fahrenheit, Celsius, and Kelvin, are named after scientists. Because of this, the name of the scale should always be capitalized in technical documents.

Capitalize all named clubs, fraternal societies, official groups, and other organizations. Also capitalize services from these organizations, but only if they are officially named. For example, capitalize "Microsoft Word" but not "Microsoft's word processing software."

Directions Only for Proper Nouns

Directions on the compass should only be capitalized if they are part of the proper noun or a well-known name for a location. For instance, "West Coast" should be capitalized, as should "West Palm Beach." However, "drive west" should not.

Sometimes Capitalize Parts of a System or Software

Similarly, capitalize any named component of a system about which you're writing. For instance, consider these examples:

Acronyms are very common in tech writing, and it's best practice to write out all the words in the acronym the first time you use it in a document so the reader will know what the acronym represents. However, when you write out the words, only capitalize them if they are proper nouns. For example, "International Standards Organization (ISO)" is capitalized, but "user interface (UI)" is not.

Capitalize References Within a Document

It's common in technical writing to reference parts of the document or other documents within a series. When you refer to these documents or parts, always capitalize them. Consider the following:

There are some specific capitalization rules for scientific topics you may need to use in technical documents. Keep technical writing tips like these in mind.

Don't Capitalize the Elements in the Periodic Table

Do not capitalize the names of elements even though their abbreviations are capitalized. This is a common mistake, so watch for it in source documents you may be using to create your documentation. 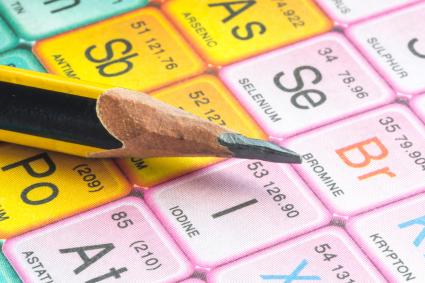 Most planets, stars, and other celestial bodies are capitalized as proper nouns. However, there's an exception for those closest to earth or most common. Only capitalize "Earth," "Moon," and "Sun" if they are in a sentence with other celestial things.

You should always italicize the scientific names of plants, animals, and other living things. However, capitalization rules are a little more challenging. Capitalize the phylum, genus, order, class, and family, but do not capitalize the species.

Only Capitalize Professional Titles Before Names

Professional titles, such as "president," "doctor," and "professor" are common in academic and technical work. You should only capitalize these titles if they come before someone's name. For example, "President Scott Thomas" should be capitalized, but "Scott Thomas, president of the company" should not.

Use the title capitalization rules preferred by the client or organization for whom you're creating documents. In general, the first and last words of titles should be capitalized, as well as most other words within the title. Articles, such as "the" or "an" are not capitalized unless they are the first or last word. Prepositions are usually not capitalized if they are under four letters in length.

Always Check With the Client

Every organization or business has its own rules about capitalization of specific terms or products. Always check with your client or employer to see if there are certain terms that are always capitalized in their documentation. Then add those notes to this list to create a handy reference for your work.