Writing fantasy novels tips follows a path that leads from Homer to Twain to Wells to Tolkien to Asimov and finally to Margaret Weis and Jim Butcher. Each of these authors wrote something fantastic and created a new layer to the annals of fantasy writing.

It is a mistake to believe that all fantasy is dungeons and dragons. While genres are very subjective, fantasy is a genre related to mythology and to folklore. Fairy tales such as those written by the Brothers Grimm or the oral tales of the Trojan War that Homer told are all stories of fantasy. Understanding what fantasy is and how fantasy may be defined is important for any author seeking to write a fantasy novel. Fantasy comes in many different shapes and sizes because it mixes so well with other genres.

The Silhouette Nocturne series is a romantic fantasy published by Harlequin. The series follows the paranormal romances of werewolves, vampires, spell casters and more. Every book contains a supernatural element, but it is not the supernatural alone that makes this series appealing.

Kay Hooper, a long-time writer of romances, developed her fantasy FBI team of paranormal psychics. Led by the mysterious and driven Bishop, Hooper explores the fine line between good and evil as her psychics struggle to cope with their abilities and with the challenges life throws at them.

No fantasy article could get by without mentioning J.K. Rowling's near revamping of the genre with her boy wizard, Hogwarts School of Witchcraft and Wizardry and the conflict of He Who Must Not Be Named. She brought to life a wonderful vibrant world that appealed to children and adults alike.

What each of these different fantasy types has in common are rich worlds populated by equally rich characters. Too many amateur fantasy writers make the mistake in believing that in order to write fantasy one must create a complicated magical system or rely heavily on fantasy 'elements' such as paranormal activity, magic, shape shifting, vampirism, elves, hobbits, dwarves and more. The truth is, those are elements of the story, a good fantasy story is populated by rich characters that leap from the page and immerse the reader in the world. 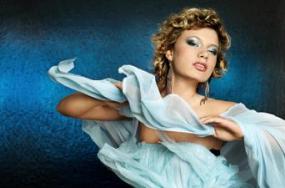 Fantasy tales may feature fairies in love with humans.

Would anyone really care about Voldemort if not for Harry's personal sense of loss and grief over the death of his parents? Frodo and Samwise gave the quest to end the One Ring a dimension that involved the reader. The human element cannot be manufactured and emotional involvement, no matter how shallow it may seem, is fundamental to an author's success in the fantasy genre.

When creating a fantasy character, the first question to answer is not what power do they have, but what do they inspire? For example, say the name Clark Kent. He is a kind, devoted and loving son. He is a good friend. He's a sharp reporter. He's also the Man of Steel. He plays the lovable buffoon and he often gives up his own personal happiness to secure the world around him. He may be the most powerful man alive and indestructible, but those are not the human elements that readers identify with.

The characters need to be real. Every emotion they experience from desire to terror to hatred should be tangible. Characters do not just appear out of fairy dust, they have pasts, families and friends. Relationships are critical because they provide alternate viewpoints into a character's existence.

The world, whether it's Middle Earth, Manhattan, Smallville or Little Whinging needs to be believable. Alien worlds require more explanation, but they have atmosphere, they have land, they have plant life and they have cultures and expectations. Do not become mired in the details, all fiction requires organic storytelling and that includes introduction to the world.

Tips of the Trade

Print these writing fantasy novel tips out and keep them posted near to where you do your writing. Review these tips periodically as you review your writing:

If you're still struggling with writing fantasy novels tips, spend more time reading this type of work. Fantasy can be found in every genre whether it's the fairy godmother who really is a fairy or the mechanic who happens to be a gremlin. The best fantasy novels are the ones where the fantasy elements are organic and serve to enhance the tale.